We were pleased to have our 2012 Cabernet Sauvignon named as a top pick in this Washington Tasting Room magazine article.

Here’s what they had to say: This is a terrific article posted by Eric Degerman on Great Northwest Wine. Included is an audio interview with Larry as well as a nice summary of where we’ve been and where we are now.

Kirsten Telander in Red Mountain: The Road To Sunset profiles Tapteil and its neighbors.

Click here to see the article as it appeared in the Fall 2014 issue of Tasting Room Magazine. 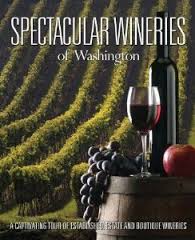 Tapeil is featured in a beautiful new coffee table book Spectacular Wineries of Washington. Here is the publisher’s description:

“Full of vibrant color photographs and detailed writings, this guide provides a comprehensive look at the burgeoning winemaking industry in Washington state and features more than 70 of its finest wineries and vineyards. Presenting the rich history, unique processes, and visionary people of wineries such as Soos Creek Wine Cellars and Chateau Saint Michelle, the coffee-table book also includes pairing suggestions for hundreds of fine Washington wines. Engaging readers to further explore the region, this visual guide includes QR codes that link to videos of winemakers discussing their creations and 360-degree perspectives of various scenic properties”.

Always with an eye to the future, winemaker Paul Golitzin says the acclaim the winery’s newly planted estate vineyards received is equally exciting. Wine Advocate awarded the debut release of Quilceda Creek’s 2004 Galitzine Vineyard Cabernet Sauvignon 97 points, and subsequently awarded the 2005 vintage of this wine 97 points as well. This puts the Galitzine Cabernet Sauvignon in the same rarified territory as the estate’s flagship Cabernet Sauvignon – a remarkable achievement given the youth of these vines. Wine Advocate critic Dr. Jay Miller also noted the exceptional results the winery is achieving from its newest vineyard in the Horse Heaven Hills, Palengat, which was first harvested by the winery in 2006. (Palengat is Jeannette Golitzin’s maiden name.)

“[Palengat vineyard] is only seven years old but the potential is enormous as a taste from barrel attests,” wrote the Wine Advocate. The first wine from this vineyard will be released in fall 2009 and will be offered directly from the winery only. While the mailing list is currently closed, the winery is still accepting waiting list requests via its website, www.QuilcedaCreek.com.

Without fail, it is Quilceda Creek’s consistency that seems to impress critics the most. As the Wine Advocate succinctly notes, “Quilceda Creek is a model of consistency.” Paul Gregutt, Washington wine expert, critic and author of Washington Wines & Wineries – the Essential Guide, also comments on the winery’s track record for consistency. Gregutt writes, “The father-son team of Alex and Paul Golitzin are making, by anyone’s standard, as fine a Cabernet Sauvignon as anyone in the world. Their single-minded focus, their ability to make brilliant wine in virtually every vintage, and most impressively their unbroken track record of excellence are unparalleled. Nobody does it better.”

Quilceda Creek sold the 2005 Cabernet Sauvignon for $115 a bottle from the winery (a fraction of the price of the California cult Cabernets and Bordeaux First Growths). The winery will offer its 2006 Cabernet Sauvignon to mailing list customers in January 2009. Winemaker Paul Golitzin believes it is a wine that rivals the 2002, 2003 and 2005.

Quilceda Creek is Washington State’s 12th bonded winery. Founded in 1978, Alex and Jeannette Golitzin dedicated themselves to producing world-class Cabernet Sauvignon and have remained true to their vision. In 1992, the Golitzins’ son Paul assumed winemaking responsibilities. Paul focused the winery’s attention on its greatest asset – the ownership of vineyards in the Columbia Valley. The wines are highly prized by collectors for their consistent quality and age ability. 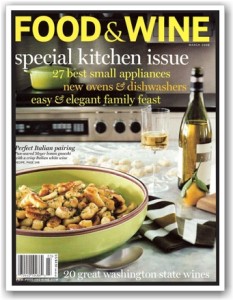 Washington Tasting Room Magazine focuses on Jane Pearson’s art work that appears on each vintage of our Syrah in Becoming Jane. 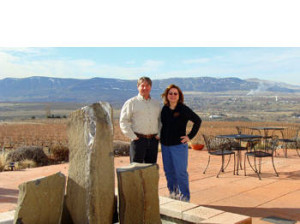