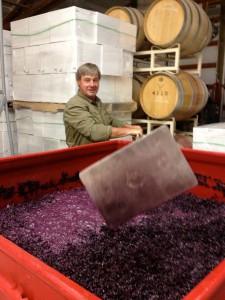 Larry Pearson harbors something of an obsession with Cabernet Sauvignon. He has lived and worked in remote corners of the world (Australia, Tanzania, Bosnia, for example), first as a math and science teacher, and later as an engineer. Along the way, he added an MBA to his resume and switched professional gears to work as a management consultant. But always Pearson has turned his eye to the ideal grape. And always he has been drawn to Red Mountain in Washington State.
Pearson owns the 45-acre Tapteil Vineyard near the height of the tiny mountain, where he grows Cabernet Sauvignon, Merlot and Cabernet Franc. He’s been a grower there since 1984, making him one of the early pioneers to break ground in one of the most respected AVAs in Washington. In 1999, he added winemaking to his venture, annually producing 600 cases of premium Cabernet Sauvignon and Merlot, which he sells exclusively from the spacious tasting room he built to take advantage of the sweeping views of Red Mountain and the valley stretching to the west.

And it all started because he likes a glass of good Cabernet. For years as Pearson moved around the world, he became more and more fascinated with Washington’s nascent wine industry, and dreamed of someday owning a vineyard. “In 1982 or 1983,” he recalls, “I tasted a bottle of Chateau Ste. Michelle’s 1979 Cold Creek Vineyard Cabernet.” Pearson’s eyes glow at the memory. “I thought, wow, things are really happening here.”

Pearson, a native of western Washington, had just landed in Seattle again after completing a master’s degree. He was already experimenting with home-winemaking, even taking home the second-place trophy for Cabernet at a local Sons of Italy competition. But now he was ready for the next step.

His search led him across the state to Eastern Washington. He looked at several areas, including the Horse Heaven Hills, where the Mercer family had established some of Washington’s earliest vineyards. But the hills rising above the Columbia River, along Washington’s southern border with Oregon, were a long way from his home in Seattle, and like most wine growers, Pearson had no plans to abandon his day job. (He still works as an engineer for a state agency, commuting from Red Mountain to his office across the state in Aberdeen, Washington).

So Pearson started exploring the Yakima Valley. And at every winery he visited, he asked the same question. “If you could grow Cabernet Sauvignon anywhere, where would you grow it?” Every expert he consulted pointed in the same direction. “They kept moving me further down the valley,” Pearson says, until he landed at Red Mountain.

Pearson found a parcel of land offered for sale at the top of mountain, a 24-acre site that had been divided into 1.25-acre lots, designed for residential.
With its broad vistas, Tapteil Vineyard’s 45 acres sits majestically on Red Mountain. It looked ideal, but he wanted to be sure, so with the owner’s permission, he camped overnight. By morning, he knew. The grass-covered hill offered everything he wanted – long hot days, a gentle slope falling to the southwest, sandy loam soil. Air sweeping up the mountain helps protect tender plants from extreme winter freezes. (Today, Tapteil is free of the towering fans that vintners at lower elevations rely on to move cold air away from their vines). And one more thing – the land had water. The well on the property made it immediately arable, and ready for grapes.

Pearson bought three and a half acres, and planted his first vines in 1985. He’s been reaping the land’s bounty ever since, expanding his acreage along the way. Today, Tapteil Vineyard’s 45 acres bask in an average of more than 3000 annual degree days. Red Mountain is one of the hottest locations in the state, but the elevation helps mitigate the intense summer days by cooling the air every night, enabling the fruit to benefit from a long ripening season. The sandy soils, which were deposited over basalt thousands of years ago by the massive Missoula floods, provide the ideal drainage pattern for Cabernet Sauvignon. Extremely low natural precipitation enables growers to tightly control the plants’ water supply, creating a beautifully stressed environment for maturing roots.

“There are some self-limiting factors here that stress the vines,” Pearson says. Tapteil, like all of the Red Mountain growing area, is blanketed with several different kinds of soil, including Hezel and Quincy, all of it covering layers of sediment deposited there by glacial floods some 50 thousand years ago. When ice dams breached, allowing gigantic Lake Missoula to thunder across present-day Washington, the torrents of flood water eddied around Red Mountain, leaving gravel channels and deep deposits of glacial sediment over a basalt floor. Later, winds blew loess and dune sands over the area. More recent events like volcanic eruptions added more layers of ash and windblown soils.

The loess is generally deep enough to keep roots from reaching the water table. Couple that with the dry climate, and you’ve got a vineyard that demands careful management. Pearson precisely controls soil moisture with drip irrigation, delivering water directly to the roots. Similarly, he pays close attention to plant nutrition. His soil has a high pH, inhibiting the plants’ ability to absorb nutrients. “A lot of years you can let them self-regulate and stress themselves naturally, but pretty soon the nutrition deficiency shows up and they start getting erratic,” he says. To counteract the high pH, Pearson has developed five different nutrient blends for five different sectors of his vineyard.

More than 20 years later, the results are noteworthy. Tapteil fruit is dense and dark, with underlying tastes of cassis in the Cabernet Sauvignon and dark cherry in the Merlot. The more mature vines produce a deeper, dusty sensation.

“In the older vines, you get more balance, more minerality uptake,” Pearson says. “It’s not going to be just fruit, like a younger vine. It brings in the character of the place, of the soil” – the very qualities that Pearson sensed years ago, sleeping in a tent on the rolling hillside that became Tapteil Vineyard.

From Tapteil Estate Taps The Riches Of Red Mountain by Anne Sampson in AppellationAmerica.com 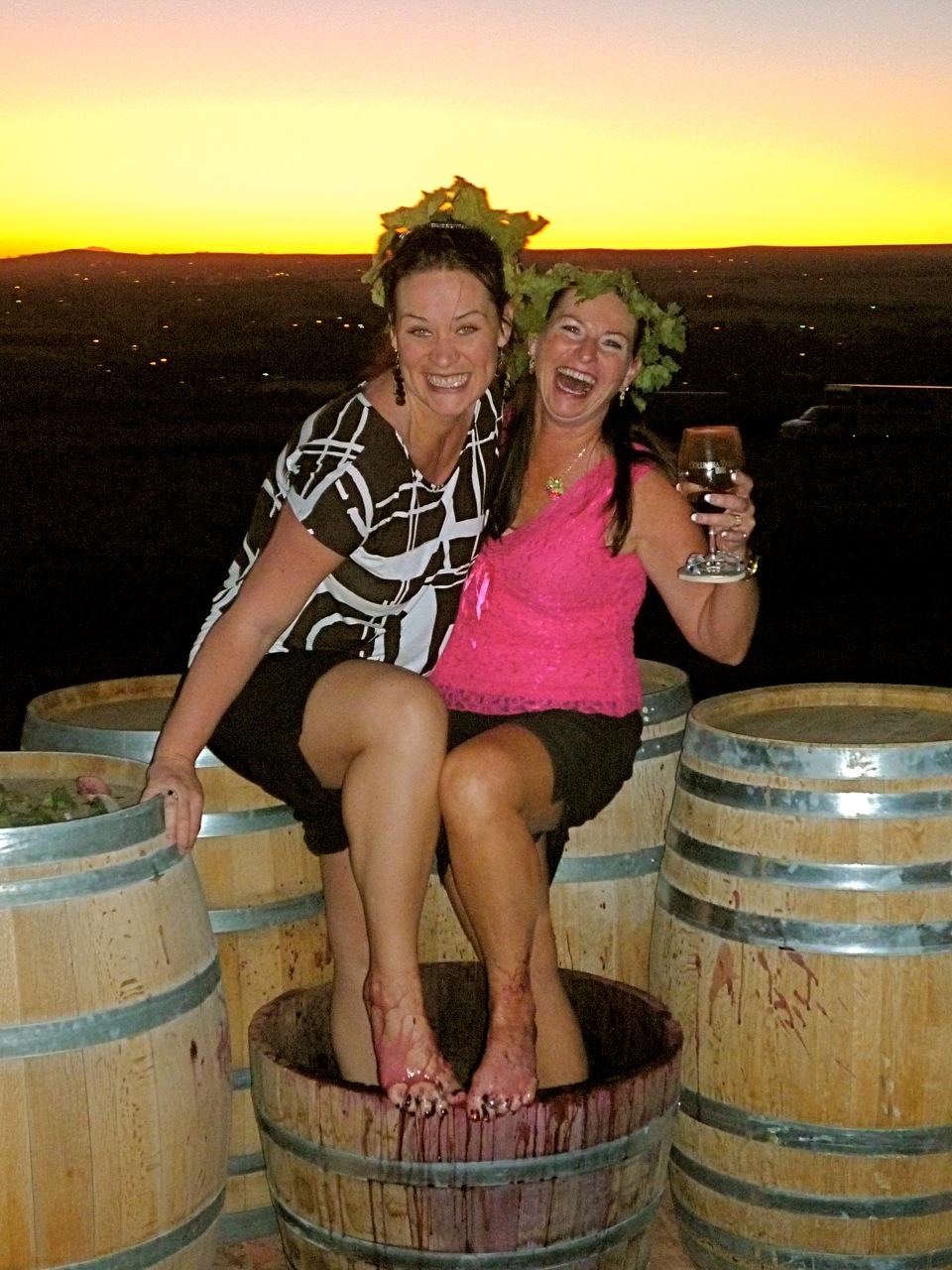